We’re in the middle of week two of another Conscious Cleanse! Go Conscious Cleansers! We know at this point in the game some people’s motivation starts to wane and we tend to see what we call “cleanse fatigue!” If you’ve ever been in the midst of a challenging task of any kind, be it running a marathon, studying for a big exam, or giving childbirth, there’s a moment you may recall when you hear the voice in your head say, “I don’t want to do this anymore.” Or worse yet, “I simply CAN’T do this anymore.”

What I know from practicing years of yoga (plenty of opportunities to want to give up) and having 2 natural home births (enough said), is that the moment I’ve had the thought, “I can’t do this anymore,” is the exact moment of opportunity. It’s that moment that–if willing–we’re able to reach new depths within our physical, mental and emotional selves and realize just how powerful we truly are.

For some of you, seeing the cleanse through to the very end may feel like natural childbirth and we get it. Sometimes it’s not enough to remember why you signed up in the first place. Sometimes you need a little more healthy ammo and inspiration.

That’s what this post is all about. Healthy motivation to help you continue what you’re doing! Movies have an unbelievable way of bringing together the world’s leading health and nutrition experts to explain the power that food has to heal. The stories inspire, uplift and educate all at the same time.

Below is my list of 5 must-see health documentaries. All of the movies show the healing powers of food. As stated by Hippocrates, the father of modern medicine, nearly 2,500 years ago – “Let food be thy medicine and medicine be thy food,”

I hope you’ll cuddle up on the couch with a green smoothie and someone you love and get inspired to stay strong on your journey!

With love and healthy ammo, Fat, Sick & Nearly Dead is a funny and entertaining movie about two men whose bodies have been trashed by prescription drugs, junk food, obesity and illness. This documentary largely re-popularized juice cleansing as a mean of rigorous healing. Watch Joe Cross turn his health around on his 60-day “juice fast.” If you’re ready to be inspired by changing your life through drinking green juice, this is the movie for you. Read our full review here. Food, Inc. looks under the hood of our nation’s food industry exposing shocking truths about what we eat, how it’s produced, and the fact that our food supply is controlled by a small handful of powerful food companies putting profits ahead of consumer health. Drawing on Eric Schlosser’s Fast Food Nation and Michael Pollan’s The Omnivore’s Dilemma, director Robert Kenner’s Oscar-nominated documentary explores the food industry’s detrimental effects on our health and environment. Kenner spotlights the men and women who are working to reform an industry rife with monopolies, questionable interpretations of laws and subsidies, political ties and rising rates of E. coli outbreaks. Food Matters uncovers the trillion dollar worldwide “sickness industry” with the staggering number of Americans suffering from obesity and other food-related illnesses. The hope of the film is that we begin to rethink the belief systems given to us by our modern medical and health care establishments. The film’s experts–nutritionists, naturopaths, scientists, doctors, medical journalists and more, point out that not every health challenge requires costly, major medical attention. The film offers scientifically verifiable alternatives how we can live and eat better. Covering everything from using food as medicine, to the value of organic food and the safety of the food we consume, this film will not disappoint. Forks Over Knives focuses on the research of Dr. T. Colin Campbell, a nutrition scientist at Cornell University, and Dr. Caldwell Esselstyn, a top surgeon and head of the Breast Cancer Task Force at the world-renowned Cleveland Clinic. Their discoveries reveal that despite broad advances in medical technology, the popularity of modern processed foods has led to epidemic rates of obesity, diabetes, hypertension, and heart disease. This feature film examines the profound claim that most, if not all, of the degenerative diseases that afflict us today can be controlled, or even reversed, by eating less animal-based and processed foods in lieu of a plant-based diet. Super Size Me, starring director Morgan Spurlock, an American independent filmmaker, takes a hilarious and often terrifying look at the effects that eating nothing but fast food has on the human body. Using himself as the proverbial “guinea pig”, Spurlock eats nothing but McDonald’s for breakfast, lunch and dinner, ordering everything on the menu and “super-sizing” his order whenever asked, for 30 consecutive days. The result is a sobering examination of the line between personal and corporate responsibility, leaving us to wonder if public health problems such as obesity are entirely a function of personal choice or capitalist greed. 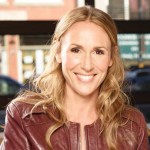 Jules Peláez
Jules Peláez (pronounced like Goliath with a P) is co-founder of the popular Conscious Cleanse, a 14-day program designed to guide health-seekers on a supportive journey of healing and whole body cleansing. Jules is grateful to share her passion for vibrant health, raw food and personal transformation with her yoga students in Boulder, CO and the ever-growing Conscious Cleanse community. Her book, The Conscious Cleanse: Lose Weight, Heal Your Body and Transform Your Life quickly hit many best-sellers list and is available at all major bookstores and online retailers.
Related Posts
Showing 3 comments